The Klement Lecture brings to campus distinguished scholars in American history. Established in 1992 to honor Prof. Frank L. Klement, the lecture series was devoted originally to the history of the U.S. Civil War, but it now includes all fields of American history. Prof. Klement received his Ph.D. in History from the University of Wisconsin in 1946 and joined the history department at Marquette University in 1948. He served at Marquette for twenty-seven years before his retirement at the rank of professor emeritus, and he died in 1994 at the age of 86. Prof. Klement’s scholarship focused on the Civil War era, focusing on northern dissent. He is best remembered for his monographs The Copperheads in the Middle West (1960) and The Limits of Dissent: Clement L. Vallandigham and the Civil War (1970). Earlier lectures in the Klement series can be ordered from Marquette University Press, and Kent State University Press published several lectures in the 2008 volume More than a Contest Between Armies: Essays on the Civil War Era, edited by Kristen Foster and James Marten.

After a one-year hiatus due to the Covid-19 pandemic, we are delighted to announce the return of the Klement Lecture to Marquette. The 27th lecture in this distinguished series will be held on Monday, April 4, 2022, at 4:30 pm in Beaumier Suites BC of Raynor Memorial Library.

In New York City on the night of July 9, 1776, a crowd emboldened by a public reading of the Declaration of Independence pulled a huge equestrian statue of King George III from its pedestal in lower Manhattan. A British officer rescued the decapitated head and sent it to London as evidence of the rebels’ defiance. American soldiers transported the remaining fragments to Connecticut, where the statue was melted down and recast as ammunition. Along the way, loyalists absconded with pieces of the statue and concealed them. In the nineteenth century, these fragments began reappearing. Artists and historical re-enactors remade this act of Revolutionary iconoclasm into an American creation story. Iconoclasm served as both a destructive phenomenon through which Americans enacted national independence and a creative phenomenon through which they continued to enact British cultural identity.

Prof. Wendy Bellion teaches American art history and material culture at the University of Delaware and directs the university’s Center for Material Culture Studies. She is the author of Iconoclasm in New York: Revolution to Reenactment (Pennsylvania State University Press, 2019). In 2014, the Smithsonian American Art Museum awarded her the Charles C. Eldredge Prize for Distinguished Scholarship in American Art for her first monograph, Citizen Spectator: Art, Illusion, and Visual Perception in Early National America (University of North Carolina Press, 2011. Prof. Bellion has been awarded grants and fellowships from such institutions at the National Endowment for the Humanities, the National Gallery of Art, and the Henry Luce Foundation, and she has contributed to exhibitions at the National Gallery of Art, the Art Institute of Chicago, the Newberry Library, and the National Museum of Women in the Arts.

Free and open to the public
Event Flyer
Sponsored by the Marquette University Department of History
For more information, call 414.288.7217 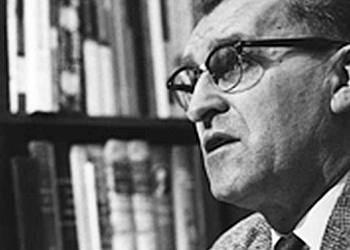 PROBLEM WITH THIS WEBPAGE?